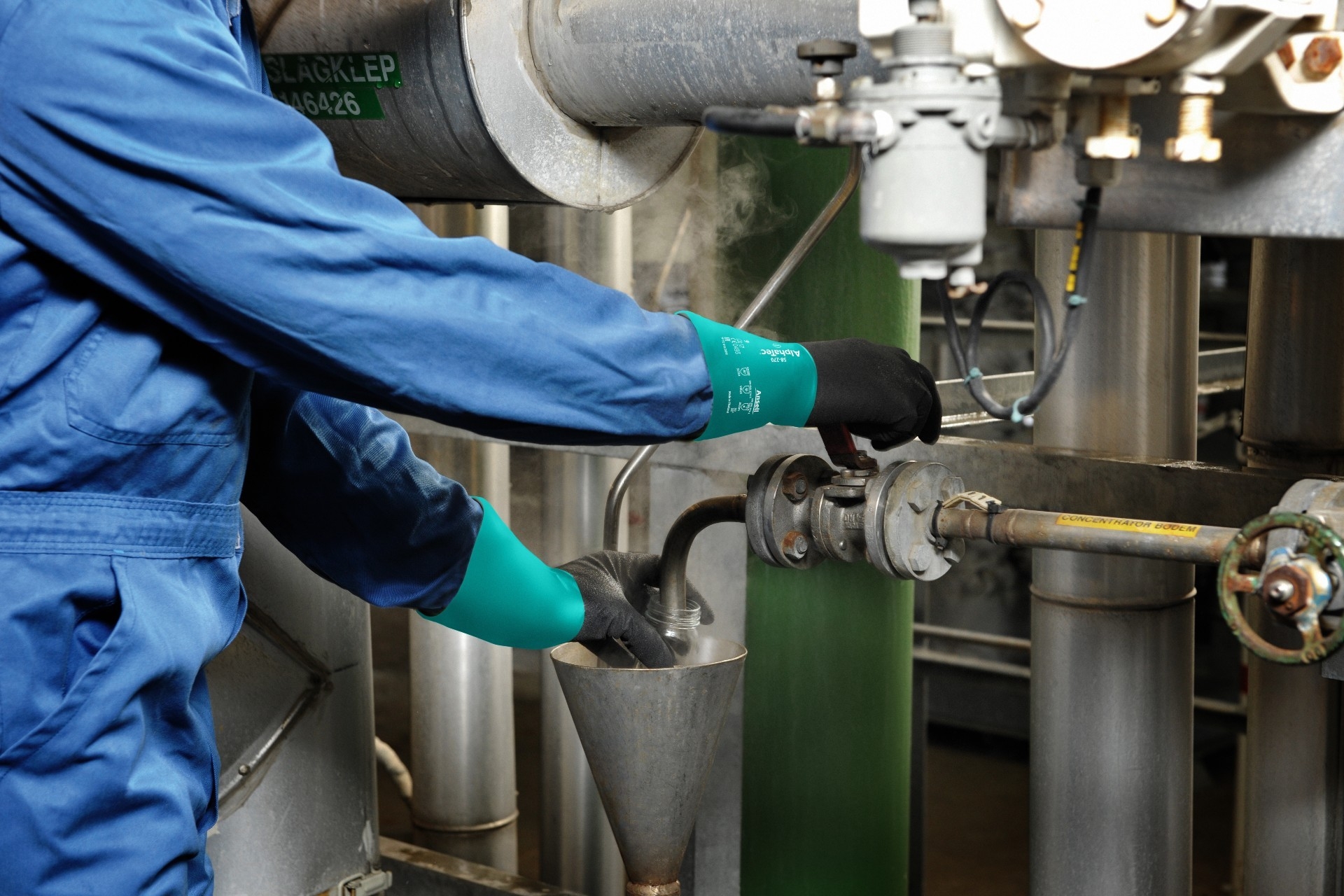 How to choose EN 374 chemical, micro-organism and virus gloves

BS EN ISO 374:2016+A1:2018 (EN 374 in short) is a worldwide standard for gloves that protect you when working with harmful chemicals and/or micro-organisms. Making sure you are protected against irreversible health damage. And possible legal consequences for your company.

Not wearing the right protective gloves can lead to serious, irreversible harm. Such as skinburn, dermatitis or other types of chronic injury. Which can result into job loss and working disability for the employee.

Wearing the right protective gloves when working with chemicals and/or micro-organisms, is crucial for both your employees and the overall company. That’s where the EN 374 standard comes in.

The most common mistake in machine design? Seeing seals as the final piece. That's a recipe for rework and leaks. And here's how to avoid it. 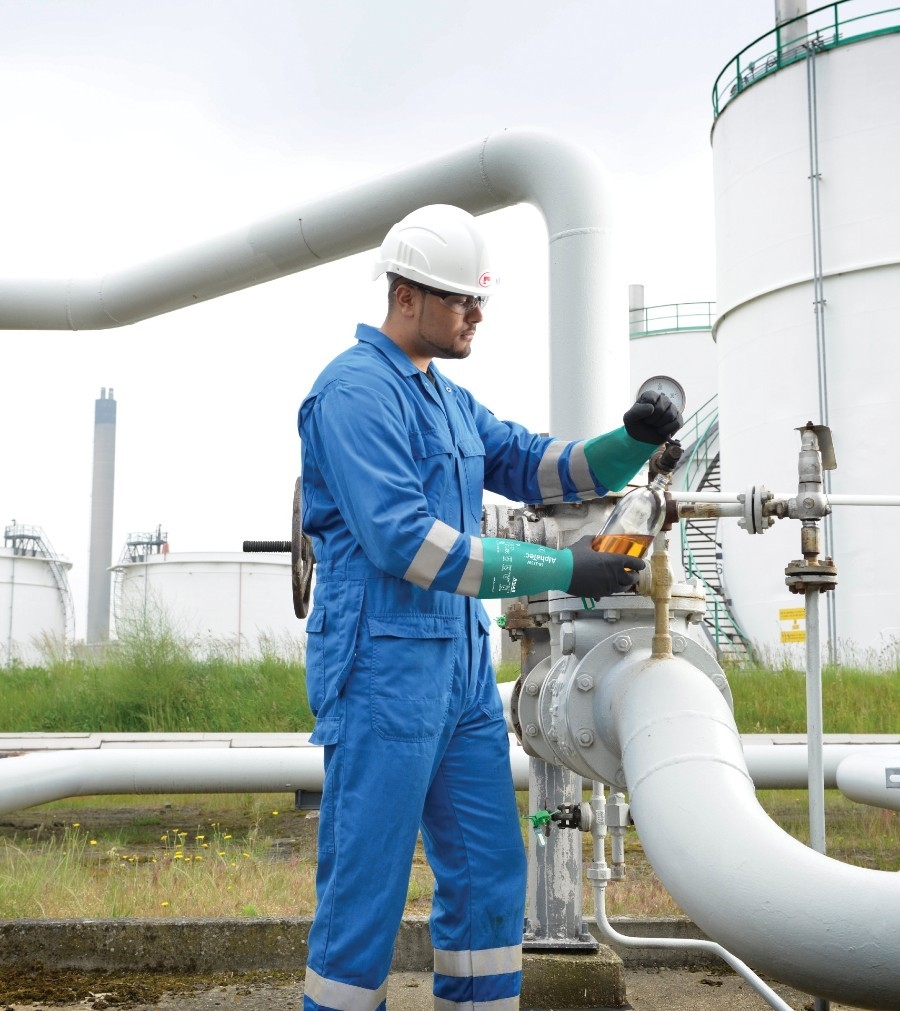 The full standard title is BS EN ISO 374:2016+A1:2018. The standard is currently divided into five levels (link also has a technical guide download, describing the standard), each standing for a specific type of testing and application:

The more common term for the standard is EN 374. The abbreviations EN 374-1 up to 374-5 are also often used for each level within the standard.

The type of EN 374 gloves you need, completely depends on your application. And additional to chemical resistance, you may also need protection from other hazards. Such as cut-resistance (EN 388) or heat protection (EN 407).

A risk assessment from your company’s Health & Safety Officer will help you to consider all options and make the right choice for hand protection.

For chemical-resistant gloves, the EN 374 standard guarantees testing in terms of permeation, penetration and degradation: 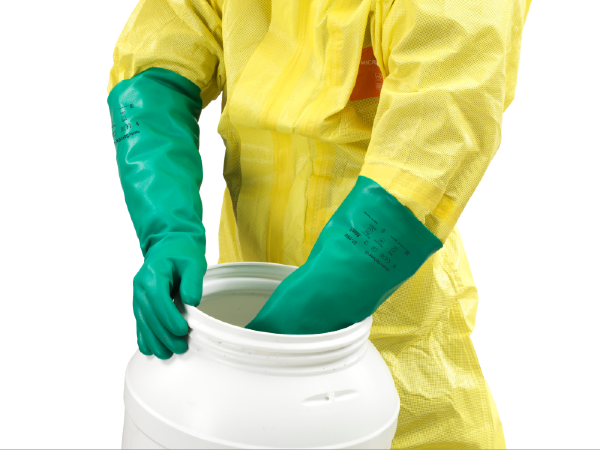 These 18 chemicals are used for testing:

When determining permeation level for chemicals to work with, each chemical tested is classified in terms of breakthrough time performance class 0 to 6.

In combination with the specific chemicals used for testing, chemical-resistant gloves are also categorized with type A, B or (at least) C:

When choosing micro-organism protective gloves, the EN 374 guarantees testing in terms of penetration and virus protection:

Specific product marking should include:

NOTE: A list of all substances in the glove should be made available upon request. For our gloves, this information is included on each specific product page. 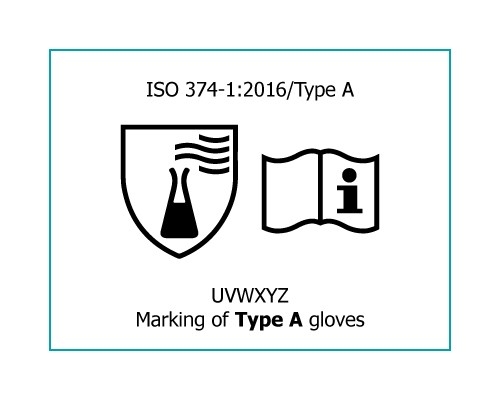 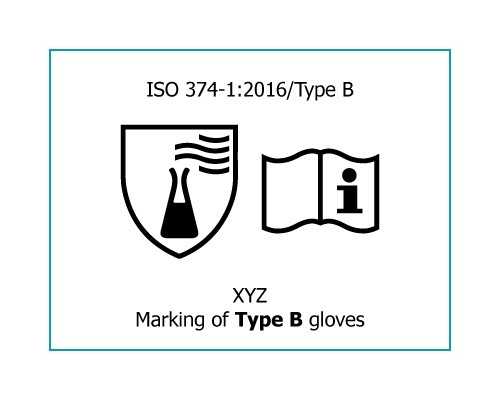 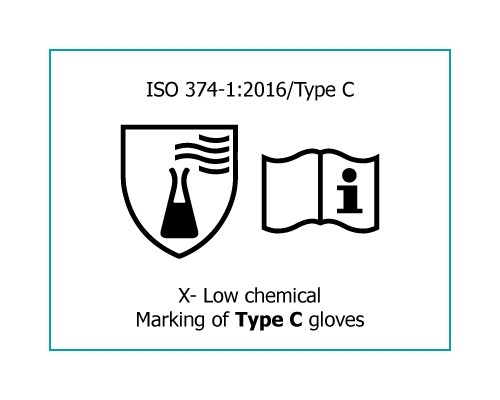 Marking as per EN 374-5: For gloves protective against bacteria and fungi, the biohazard pictogram is applied. For this, the protective glove must be tested according to EN374-2:2013 for leakage proofness.

For protection against bacteria, fungi and virus, the biohazard pictogram is accompanied with the term "VIRUS" underneath. For this protective standard, the glove must be tested according to EN374-2:2013 for bacteria and fungi and tested according to ISO16604:2014 (Method B) using the bacteriophage penetration test.

NOTE: With this standard, protective gloves against micro-organisms can be claimed with or without chemical protection and vice versa. 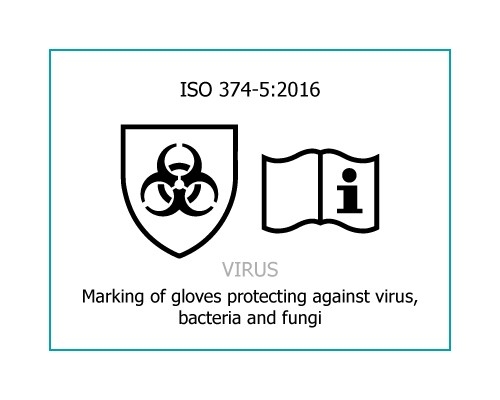 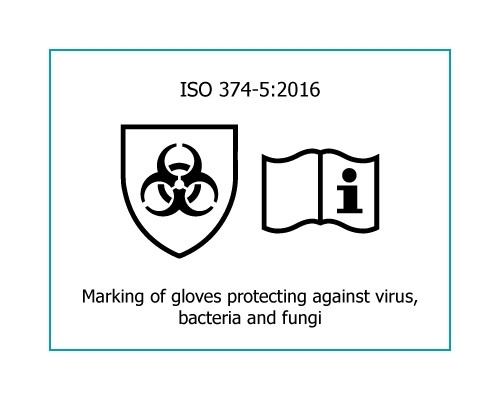 The quality, thickness and permeability of the glove materials dictate their level of protection against specific chemicals. However, because each material resists or reacts differently to different chemicals, there is no universal glove able to protect against all chemicals. Common materials for EN 374 gloves are nitrile, latex and PVC.

Choosing glove size
Not sure what glove size to choose? This table will help you decide:
Intermediate sizes are optional too. As well smaller or bigger sized than shown in this table.

Attention: combining 2 or more substances can change their chemical properties and their effects on the mentioned materials. If you select protection gloves for handling mixtures, you need to pay attention at the new permeation rates. In general, for mixtures, the glove should be selected based on the chemical component with the shortest breakthrough time.

Application, substances used, glove material and size are the key factors when choosing EN 374 protective gloves. Are you still in doubt or would you like some thorough advice? Feel free to contact your local ERIKS glove specialist anytime. 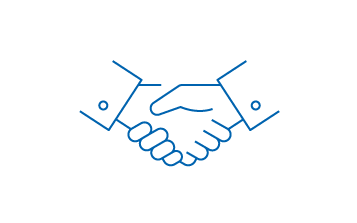 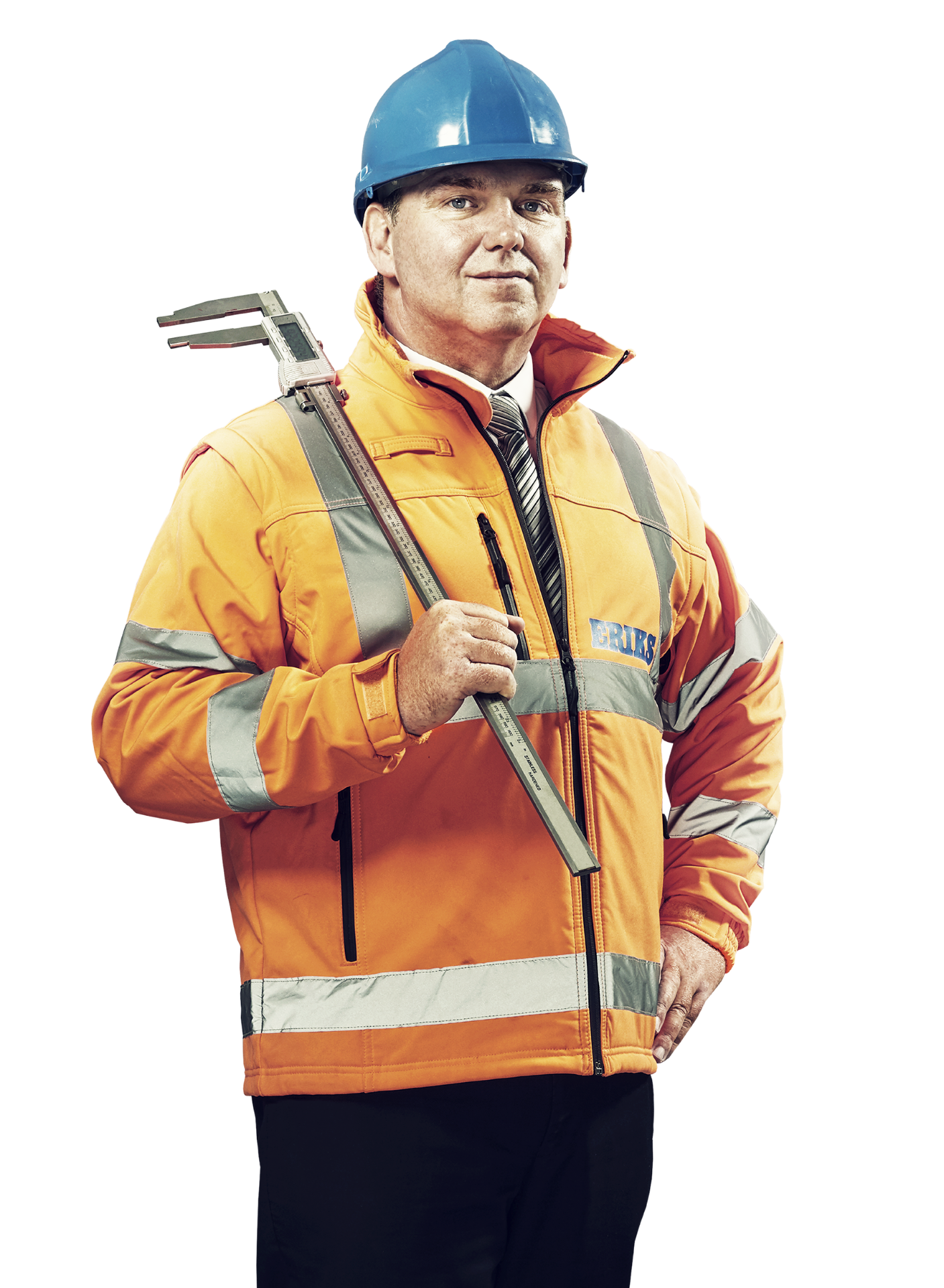